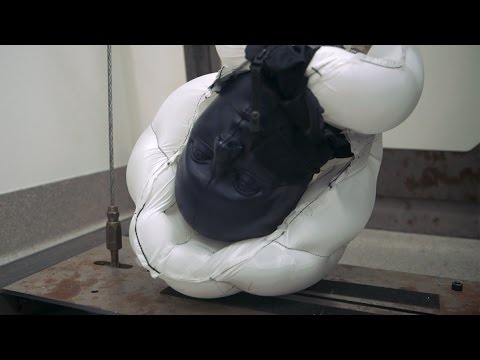 Bicycle helmets that utilize airbag technology instead of conventional hard foam may offer five times more protection against brain injuries, according to Stanford University researchers. (CRASH) Researchers are comparing conventional hard foam helmets to those that deploy an airbag, which are now sold in Europe. The researchers say it comes down to statistics. source reuters.com

I have to confess I’m not a fan of “mandatory helmets” or mandatory anything for that matter, because of this slight bias on my part I’m always interested in any type of alternative head gear or any bicycle helmet study that supports my bias…

Though I struggle to find any value in this innovation as it stands, It may lead to something exciting in the future ?

But for now, even my plastic/styrofoam helmet is better than wearing an airbag on my head  🙂

Bike Helmets Are They A Life Saver

The Peril Of Cycling Through Air Pollution