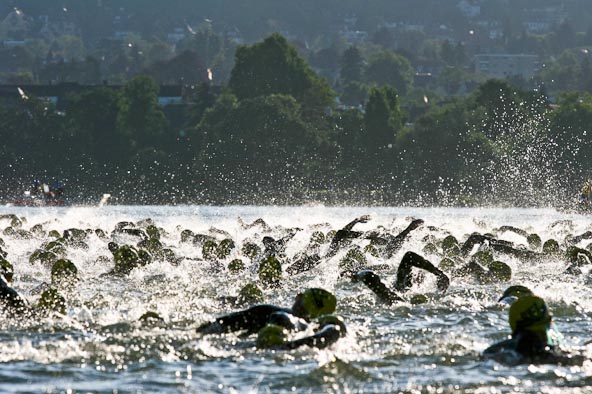 In the past 10 years, a new craze has swept the endurance world. It is the half-marathon.

While for many people the marathon has been the holy grail of endurance events, for most it was just too far out of reach given our busy lives and responsibilities. To make these events more accessible and bring more people to running, the half-marathon was created.

It is not only easier to train for and accomplish, it has become more popular than the marathon, in many cases tripling or more the attendance of the full 26.2-mile races. It is now the most popular endurance event by participation in the world. But there is a similar movement happening with another sport known worldwide: the Triathlon.

Simply put, a triathlon (also known as ‘multisport’) is where participants complete three different disciplines in succession in one event. The swim, the bike, and the run. It draws people who are runners, cyclists, and swimmers to try to add to their arsenal of skills and compete against more than just their own community of athletes. And like the half-marathon, it has produced races that are very attainable with a moderate amount of training.

But there is another reason that triathlons are becoming more and more popular.
While a marathon can take you to the brink of your abilities and allow you to surpass your limitations, triathlon asks you to do that three times and to do it intelligently. I believe there are three aspects of triathlon (how appropriate) that attract people and why it will become as popular as half-marathons in the near future.

Not Everyone Can Do It (But Just About)
There’s something slightly off-center about trying to swim, bike, and then run in the same event. While you can potentially walk during a marathon, you cannot ‘stop’ during a triathlon. If you do, you just might drown.

All kidding aside, it does require special skills and asks you to go beyond in ways just running does not. It is what separates triathletes from other endurance athletes. That, and a few missing neurons. But this does not mean as a triathlon beginner  you can’t do it. It just means that your first triathlon will ask you for a part of yourself that you may not have seen in a while, or ever. But it will reward you abundantly for the effort.

Pick Your Poison (and Your Distance)
Not everyone can be an Ironman triathlete (Swim 2.4 mi/Bike 112 mi/Run 26.2 mi), but you can be a triathlete nonetheless with shorter, more manageable races.

So you can begin with a Sprint Triathlon if you’ve done a 5k before, an Olympic distance if you’ve done a 10k, or jump up if you’ve been training for a while. Sprint races are a great starting place, and some events are staged in a pool, on paved paths, and encourage first-time racers.

You can Geek Out on Equipment
You will need a bit more equipment than just a pair of running shoes, and even the attire used can be specialized (tri suits that have small chamois for biking but you can also swim in them), but it is completely up to you. It is possible to go from zero to a Tri race for just a few hundred dollars, but you can also spend a lot more.

In fact, triathletes are known for their near-obsessive attitude toward gear. Whether it’s a specialized bike designed to cut the wind, a speed-suit for less drag in the water, or running shoes that assist with running after biking, equipment can help to save time or increase endurance.

What is becoming increasingly popular among bike riders who are obsessed with off-season fitness, is spin classes, either at the gym or simply buying your own Spin bike for home, all athletes, but especially bike riders are finding these  stationary bikes are the near perfect training aid…

The biggest reason triathlon continues to grow and draw more people is it is another way for you to test yourself and bring out the best of yourself. And while the swim and run are important, cyclists typically comprise the best and most successful triathletes. So if your bike has served you well but you want to see what else you’re made of, competing in your first triathlon is perfect.

Give it a “tri” this season.

Previous Post 2021 – Spinning Class Delivers Quick Results…Discover The Benefits! Next Post What Is A Hybrid Bike ? Tips On Buying The Best Hybrid Bikes !