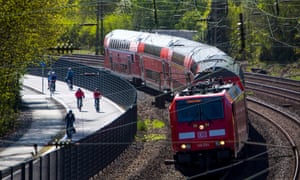 Are the Germans are overtaking the bike riding Dutch?

Whether they hope to Save money, Keep fit, or Save the planet…

The Germans have an ambitious, expectation of replacing 50,000 cars with bicycles either pedaled or electric – An excellent plan that Cities worldwide should adopt. 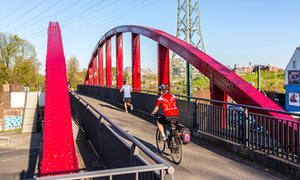 Germany is building the world’s biggest ‘bicycle autobahn’ to connect 10 cities and remove 50,000 cars from the road. With the popularity of e-bikes growing, is Europe about to see a new era of long-distance cycle commuting?

In 2010, when the motorway between the German cities of Duisburg and Dortmund was closed as part of a cultural project, three million people walked, skated, or cycled along the road. For one day only it had been transformed into a gigantic city boulevard.

Five years later, in December 2015, the first Radschnellweg (bicycle highway) in Germany was opened, between the western cities of Mülheim an der Ruhr and Essen. It is just the first stretch of what is going to be the biggest bicycle highway in the world: 62-miles long, connecting 10 cities and four universities.

This new bicycle highway is very different from the narrow, painted strips which cyclists have to make do within German cities, often risking collisions with motorized traffic. It is fully segregated from cars, a comfortable 13-ft wide, and equipped with flyovers and tunnels to avoid intersections (a footpath runs parallel to it). It is also fully lit and will be cleared of snow in winter.

Together with the booming popularity of the electric bike, the highway could lead to a new era of cycle commuting in Germany. In the Ruhr, the distance between cities varies from six to 10 miles, which makes this industrial area ideal for commuting by bike, explains Tönnes. source theguardian.com

What Is The “Big Jump Competition”